This is a discussion that will not become “old fashioned”. Is the fashion industry vulgarizing the artistic industry?  Or is this popularization of art a good thing for both markets? Are fashion and art occupying the same physical space on our society?

We do not need to make an exhaustive analysis to realize that art left the museums and is now on the streets getting inspiration and inspiring others about the contemporary lifestyle. But this mutual influence between art and fashion is not exactly recent! Jacques Doucet, the founder of one of the first Parisian aute couture houses, was absolutely in love with art, holding an admirable collection of artworks which included works from Manet, Cézanne, Degas, Van Gogh, plus, the “Les Demoiselles d’Avignon” that Doucet bought directly at Picasso’s studio.

There are many fashion designers today that have been following Jacques Doucet’s steps, building their own collections and transforming, even more, art in a personal expression manifest.

This designer, that was the artistic director of the Louis Vuitton brand during more than 15 years, only discovered his passion for art in 2002. One day, while flipping a Christies’ catalog, he saw an artwork by Karen Kilimnik that amazed him. Not only he acquired Kilimnik’s artwork, started to visit international art fairs and became friends with artists and art dealers, but he also asked for a few wages in advance to LV to buy pieces of art- which himself defined, on a humorous note, as a typical behavior of an addict.  Marc Jacobs‘s collection includes artworks by Edward Ruscha, John Currin, Richard Prince, Elizabeth Peyton, Damien Hirst e David Hockney, among others. The art collection of Gucci’s creative director is, just like the image of the stylist himself, provocative! Nudes, representations of sexual organs, well known eccentric authors, the key words for Tom Ford‘s collection are sex appeal and sensuality, and to prove it he named one of his rooms as “vagina room”.  Therefore, it is easy to understand the artists he chose to collect: Andy Warhol, Ellsworth Kelly, Ad Reinhardt, Alexander Calder and Sam Taylor-Wood. Curiously, the father of Chanel is not only a collector but also an artist. Since 1996, the Galerie Gmurzynska, in Zurich, organizes photography exhibitions by Karl Lagerfeld, which allows the stylist to experiment innovative printing techniques: just like in fashion, Lagerfeld is always looking for ways of making something that was never made before.

Besides his impressive collection of more than 300.000 books, mostly about photography and art, Lagerfeld owns artworks by Ettore Sottsass, Andrea Branzi and Helmut Newton. 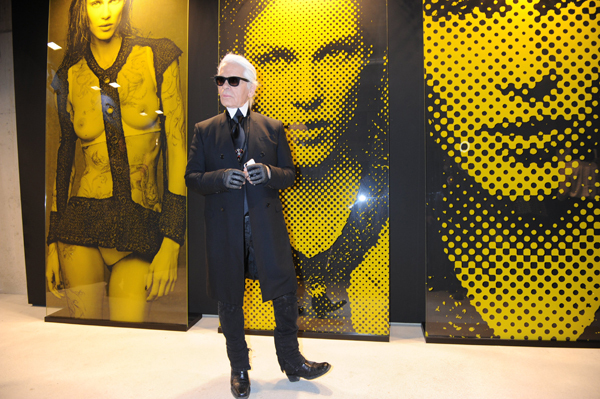 When this typical American designer decided to acquire his house in Miami, the dimensions of the spaces were essential: Hilfiger needed a place where he could put his huge collection of pop art! In a stunning compilation of colors, textures, objects embellished by luxury furniture, the pop art artworks took the main role on the decoration, as the huge canvas painted by Warhol and Basquiat located at his living room proves. Tommy’s collection includes great names of this artistic movement such as Andy Warhol, Tracey Emin, Keith Haring, Damien Hirst and Jean-Michel Basquiat. The Italian fashion designer, Miuccia Prada, not only has conquered fashion but also the art world! It was in the beginning of the 90’s that Miuccia and her husband started to gain interest for contemporary art by influence of their artist friends. The passion grew so much that in 1995 they founded the ‘Prada Foundation’, a non-profit organization entirely dedicated to contemporary art, from which they have been developing projects with Anish Kapoor, Marc Quinn e Sam Taylor-Wood. On her enviable collection are artworks by  Robert Gober, Louise Bourgeois, Damien Hirst, Piero Manzoni, Yves Klein, Lucio Fontana, Rosemarie Trockel, and Sarah Lucas. 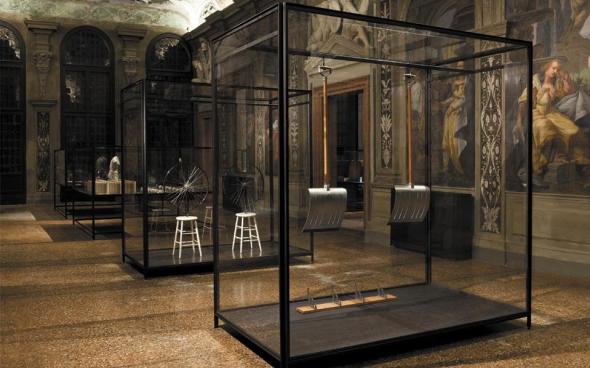