Where does this term come from?

The term ‘Arte Povera’ which means, literally, poor art was introduced by the Italian art critic Germano Celant in the late 1960s. By using what is considered to be poor materials (such as soil, rags, newspapers, wood, ropes) the artists wanted to challenge the standards of the commercial system of contemporary art galleries. Through sculpture, assemblage, installations and performance, this movement also points out the conflicts between the natural and man-made materials.

We had the opportunity to visit the exhibition ‘Energy and Process’, at Tate Modern, focusing on Arte Povera. This display has the goal of exploring the artist’s interest in transformation and natural forces. One of the rooms is exclusively destined to showcasing sculpture made with accessible materials, exploring the idea of physical stages of transformation, instead of representing the reality.

Other rooms show a primary approach of the use of these common objects and activities with an artistic value, not forgetting more recent perspectives that include photography, film and installation.

North American sculptor considered to be one of the most important artists of the post-war. Recently, he has been working on large scale steel sculptures, but he has also worked with other industrial materials such as rubber or lamps. Richard Serra’s Trip Hammer embodies a powerful material presence. The plates of heavy steel are balanced and unfixed. Carefully proportioned and poised, they combine classical simplicity with a sense of nervous energy and tension. 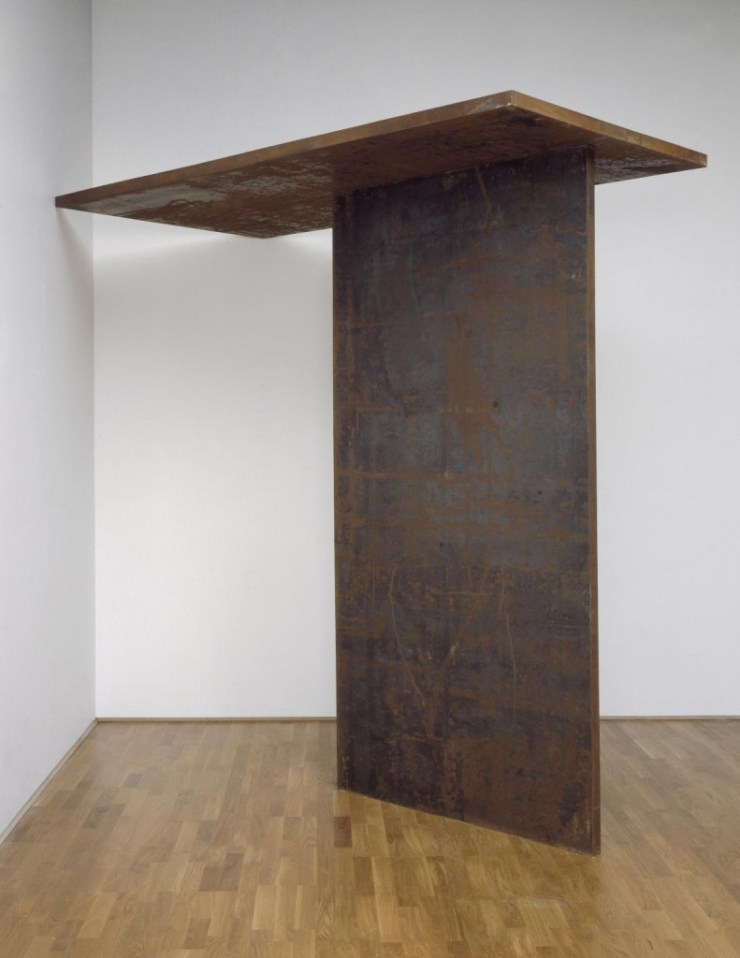 Italian artist born in 1935, worked as a designer for many years before his first solo exhibition, in 1965, at the Galeria La Tartaruga. In 1968, he died in a motorcycle accident, with only 32 years old. His work is also considered an important input to post-war art. His work ‘Trap’, which reminds the rope traps used to hunt animals in the jungle, is made of steel wool. To prove that art is able to take shape through the most unexpected materials, the ‘Energy and Process’ exhibition is, undoubtedly, a representative showcase of this modern art movement, that was born with the purpose of reducing the barriers between art and society’s daily life.