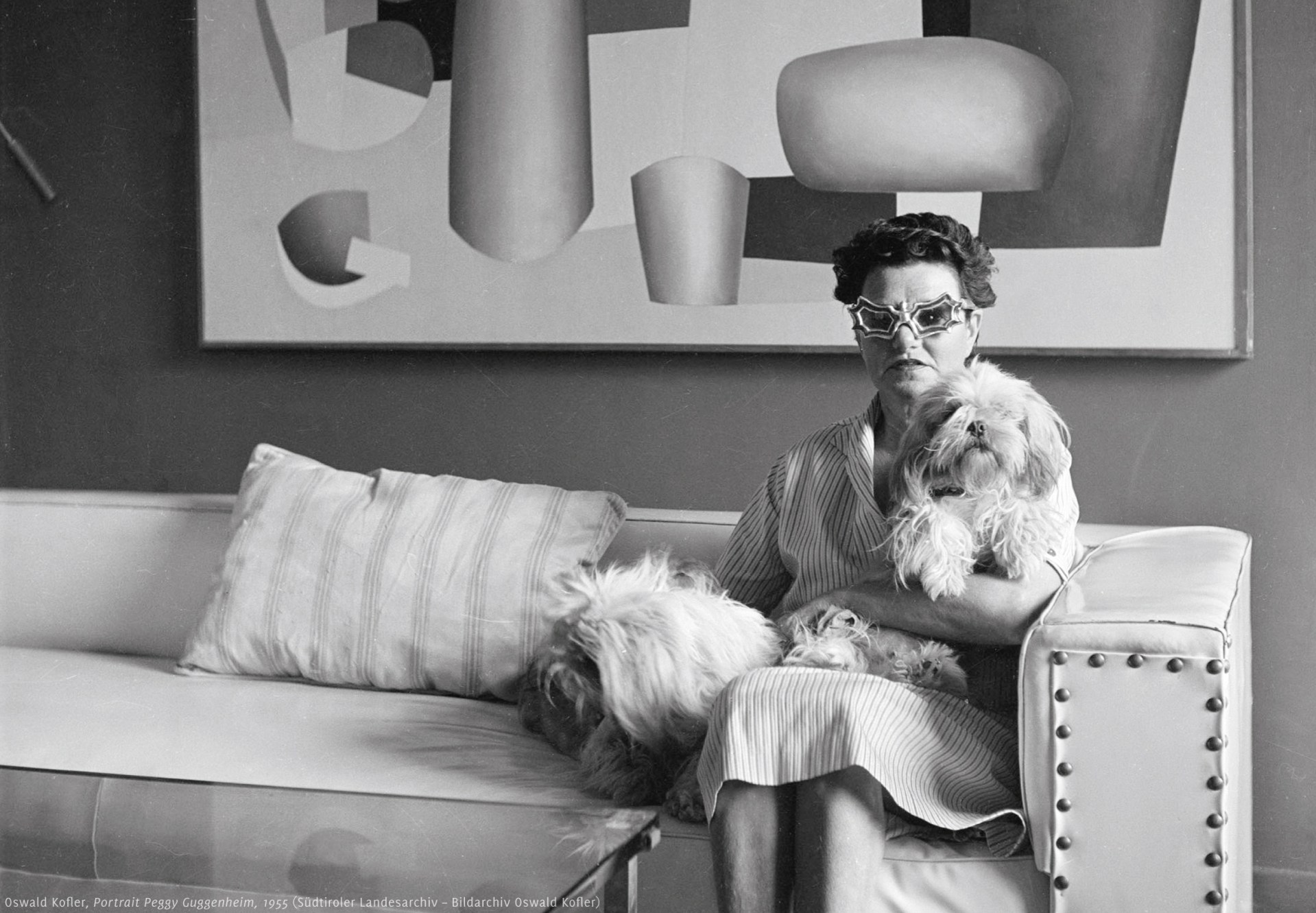 Who didn’t want to be a little bit Peggy Guggenheim?

Ok, we confess: we have a little passion for Peggy Guggenheim! It is not difficult to understand why, right? Besides representing the greatest exponent of female emancipation and freedom, Peggy was an exonerating art collector with an enviable touch of eccentricity. 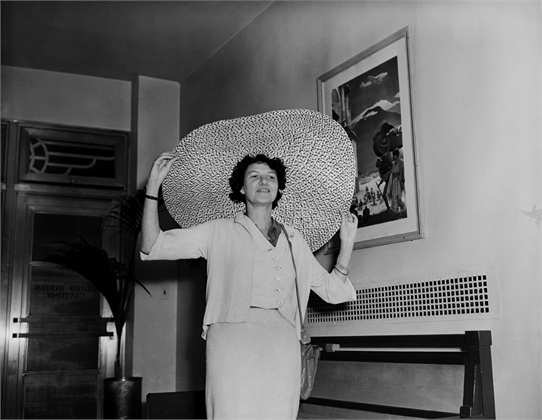 Born in New York, Peggy Guggenheim always had a close relationship with the arts, since she was niece of Solomon R. Guggenheim, creator of the homonymous foundation for preservation and collection of modern and contemporary art.

Guggenheim started to get noticed on the artistic world when, in 1983, she opened a modern art gallery in London, presenting on its first exhibition drawings by  Jean Cocteau. This was also the moment when Peggy started to collect her first artworks with a clear preference for abstract and surrealist works. The art gallery ended up being a success thanks to the help of many already influent friends, such as Marcel Duchamp – in fact, he was the one that taught her the difference between abstract and surrealism. Then other exhibitions had followed with names such as Kandinsky, Yves, Henry Moore, Alexander Calder  and  Raymond Duchamp-Villon.

Tired of the daily work at the gallery, Peggy Guggenheim decided that she needed another stimulus to continue her passion for art: in 1939 she started to plan the opening of a Museum of Modern Art. Peggy’s idea was amazing and completely unreachable for the majority of us: to buy an artwork per day! Persistent to her goal, this was the moment that her collection gained artworks by Picasso, Klee,  Francis Picabia, Georges Braque, Wolfgang Paalen, Chagall, Magritte, Salvador Dalí and Piet Mondrian. In 1942, Peggy Guggenheim finally opened her ‘The Art of This Century Gallery’, in New York, which was considered at the time the most innovative end stimulating space for contemporary art of the city. Peggy and her exhibition space were great promotors of the American Abstract Expressionism, the first American artist movement with real international repercussions, with names such as Pollock – who Peggy herself subsidized with a monthly fund and whose work she promoted and sold. In only seven years, Peggy Guggenheim managed to compose her collection! 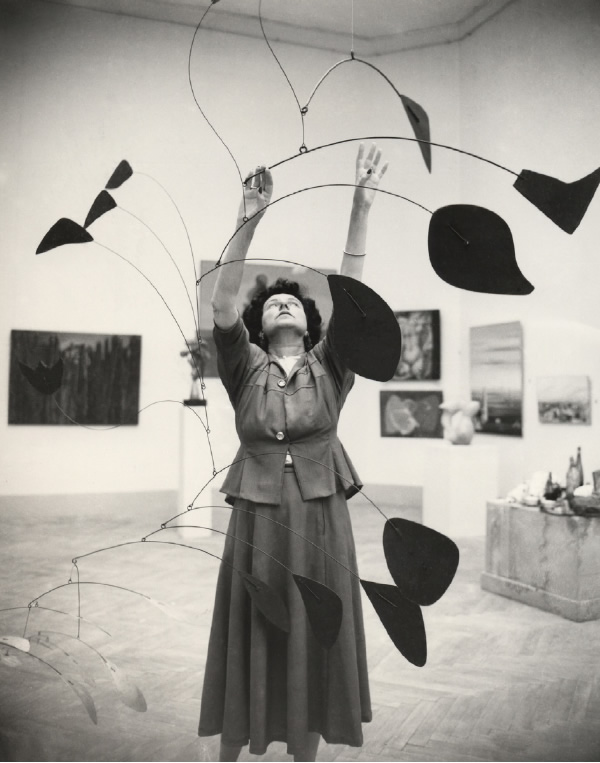 In 1948, Peggy took her collection to the Venice Biennial, marking the first moment of her protégé Pollock and also Mark Rothko in Europe. Straight after that, she bought the Palazzo Venier dei Leoni on the Grand Canal of Venice, which became her residence and storage for her artworks. From 1951, Peggy started to open her house to the public so that everyone could visit her collection.

Peggy lived the rest of her life at the Venice Palace with the company of her unlucky dogs. She was constantly referring that her duty was to protect the art of her time, dedicating her life to this mission. Her house today presents to the public one of the best collections of Modern Art. 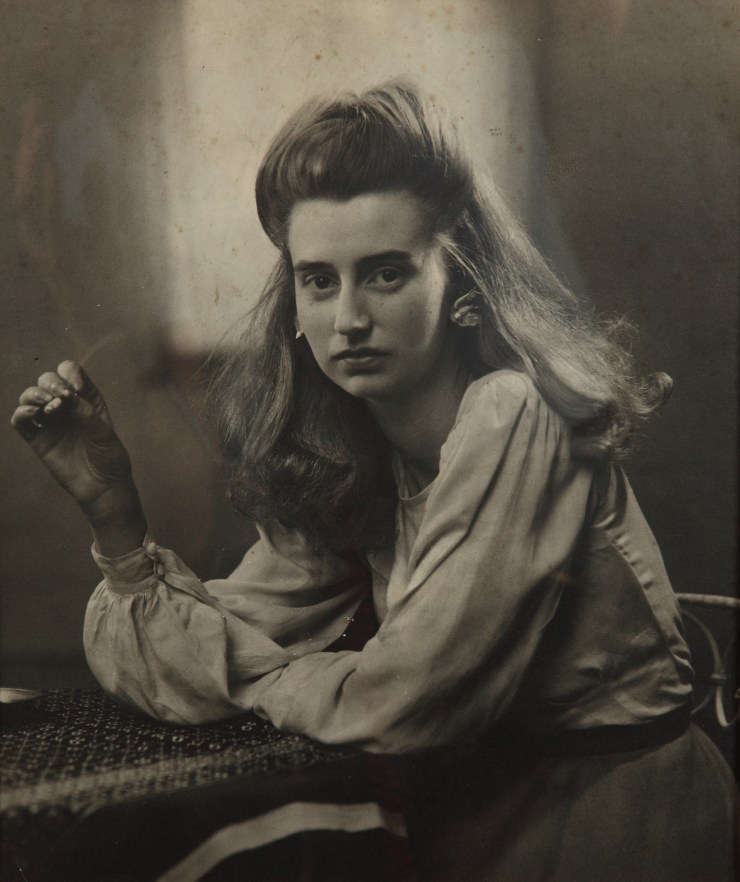 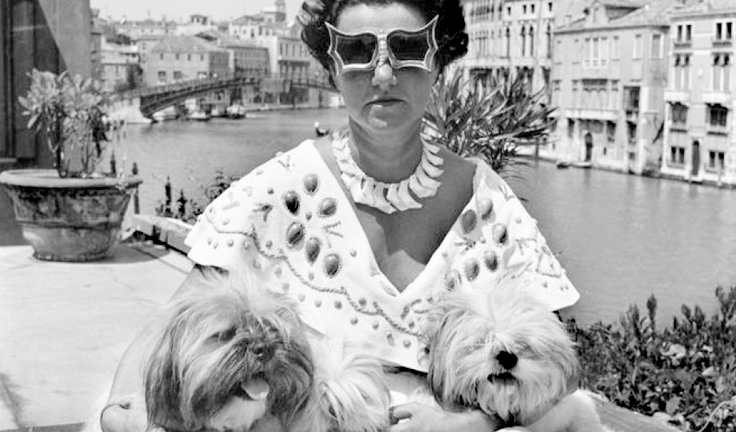 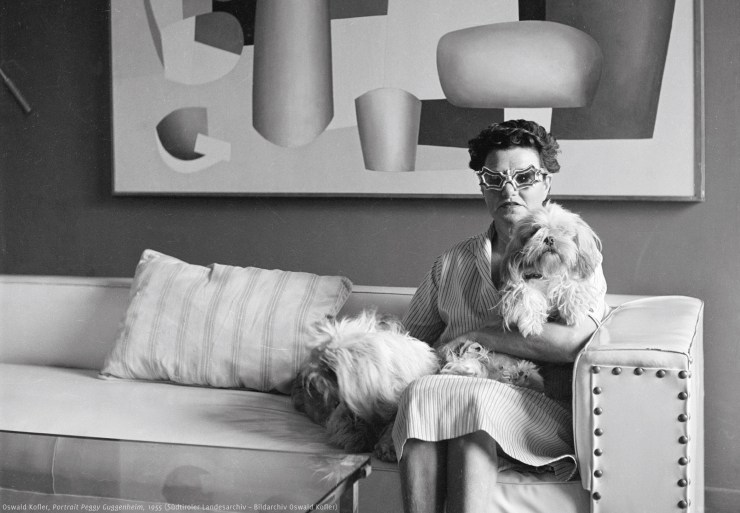 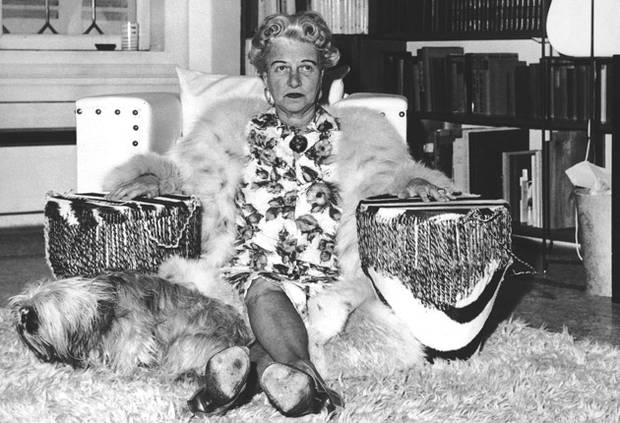 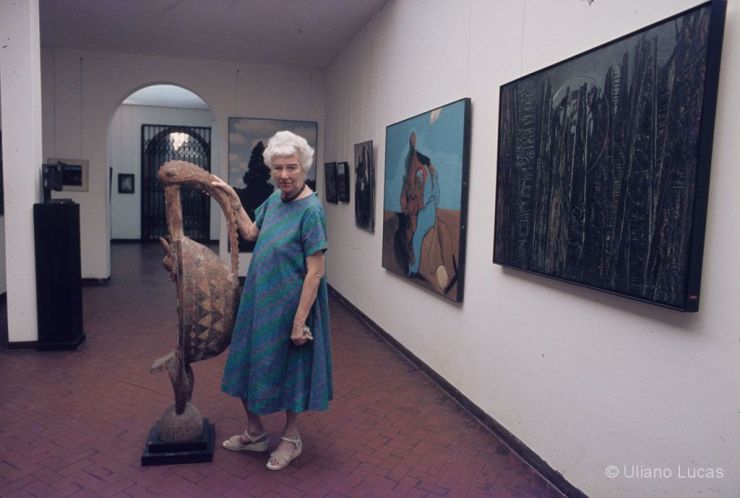 If you are, just like Peggy Guggenheim, a fan of surreal and abstract artworks, get to know our artists work on those categories here.