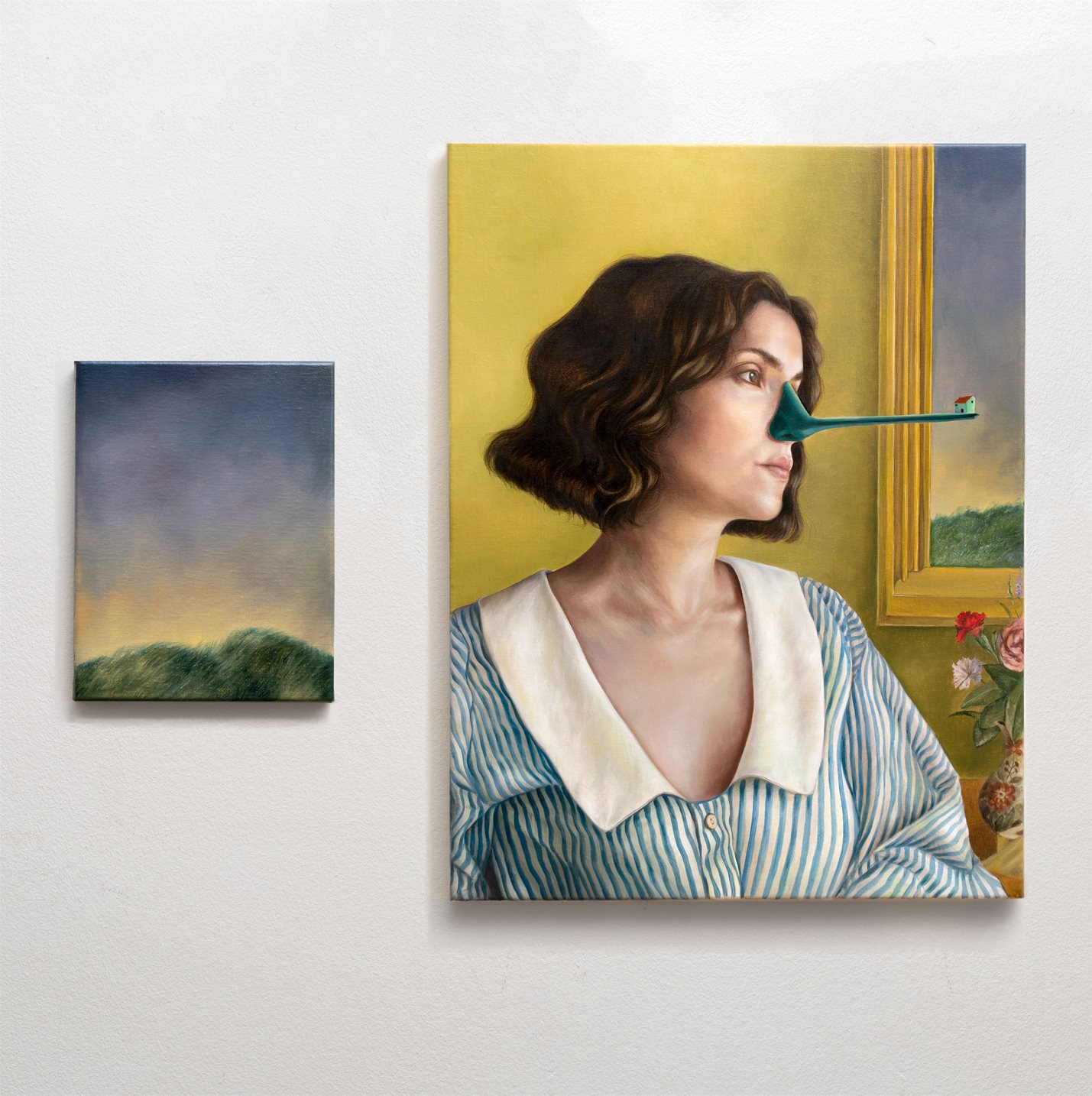 ANA MONTEIRO: Layers of the Self

The figurative style and the self-portrait are two of the great particularities that characterise the work of Ana Monteiro (PT, 1990), who justifies the use of these properties due to the ease of the emotional connection with her works, appealing to the capacity of communication, understanding and transformation. Through figuration, it is possible to control and mimic the pieces of reality, with precision and less chaos.

As far as the themes of her artistic style are concerned, these have undergone several changes as time has passed and her technique has developed. In the same way that the way of thinking and the way of composing the painting followed the evolution of the world of her inner self.

Just like the theory defended by the Austrian neurologist and psychiatrist Sigmund Freud (AU, 1856), in which dreams are the path to knowledge of the unconscious, the painting of our artist from Braga acts as a deep dive into her own identity, through self-representation. The chameleonic facet of her different portraits aims to show the way she identifies herself inwardly. Replete with disquiet, the artist feels inhabited by the various parts of herself that coexist within a single element.

This form of self-portrait has, however, the objective of broadening itself, ceasing to be just a specific personality and becoming someone who personifies a state of mind concerning reality. Freud always sought an answer for the analysis of dreams, treating the subject as an elaborate action, with several layers, in the same way as different personalities. The structure of a dream can have divergent levels, reaching the most absurd of scenarios and through the conscious, it aims to move repressed thoughts to allow the subject to achieve automatic healing:

“This function [of tendency] proceeds in a way that the poet maliciously attributes to the philosopher: with its rags and tatters, it prevents ruptures in the structure of the dream. The result of his efforts is that the dream loses the appearance of absurdity and incoherence and approaches the pattern of an intelligible experience. But the effort does not always mean total success. (…) These dreams have been subjected to the most searching elaboration by a psychological function similar to our waking thought; they seem to have a meaning, but this meaning is very far from the true meaning of the dream.”[1]

We like to think that art can be a synonym for dreams due to its different interpretations and the various feelings it can provoke and transmit. Ana Monteiro is inspired by her state of permanent restlessness that she chooses not to ignore, having an active perception of the discomfort that necessarily leads her to the act of painting. She tries to fill the anxiety of those who do not know the answers to all existing questions (like the layers of dreams) with painting, in which images of her everyday life, combinations of colours and atypical shapes, different people and reality fit into her works.

Ana Monteiro graduated in Painting from the Faculty of Fine Arts of the University of Porto, where she also did her master’s degree in the same area. Since then she has held national and international exhibitions in various locations, namely Portugal, Brazil, the United States of America, Italy, among others. Being represented by zet gallery since 2014. 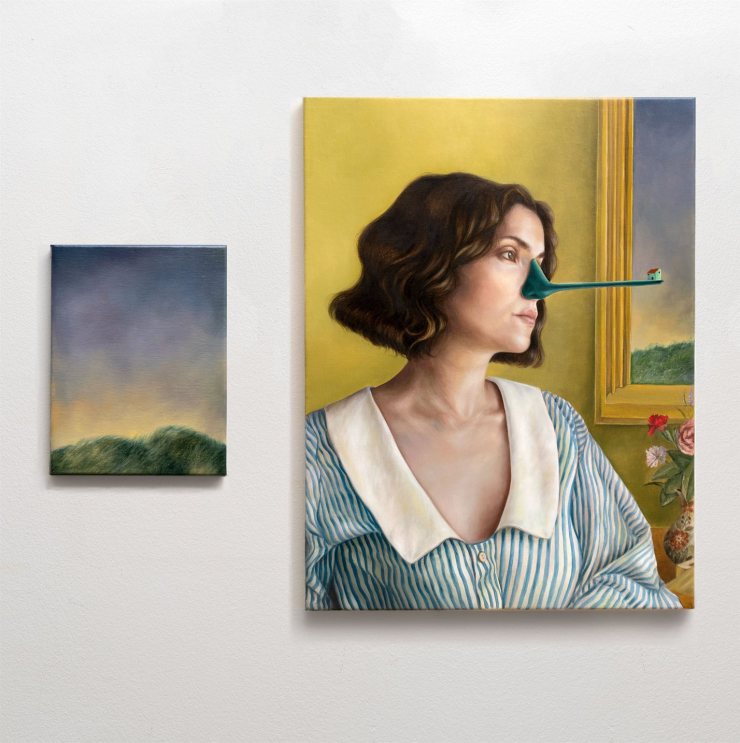 ANA MONTEIRO: Layers of the Self