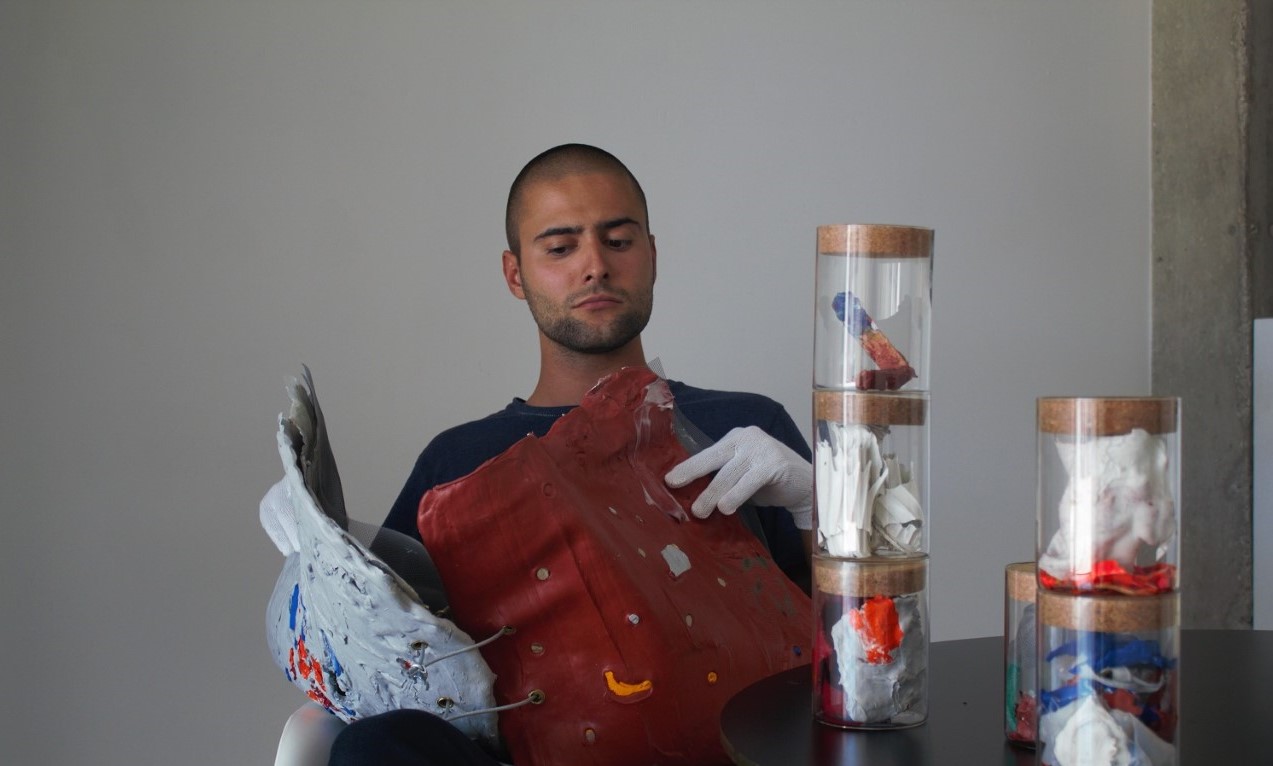 Inside the hollow bronze

The violinist from Rua do Souto; the Monte Gordo caricaturist; the Chiado dancers; Teresa, the digital painting in the entrance square of Altice Fórum by Julian Opie; or the tribute to Cristiano Ronaldo in bronze, on the island of Madeira, are some suggestions, diverse among themselves, of public intervention in our country.

The street has long been a support for artistic intervention, in which every man by civic law or by immanent reactionism, tends to use it in this way as a battlefield where bread is earned, where example is proposed, where space is decorated, as an attempt at aesthetic completeness, or where an entity is honoured which, due to the moment or time, is understood to deserve this praise.

In my opinion, a Mayor has much legal right to place a sculpture in a road roundabout centre as a night writer who illegally paints train carloads. The right is the same, however, there will be an essential duty inherent to public demonstrations. This duty has to do with a community commitment.

It is not a matter of decorating the common space, or enriching it, let alone privileging an author or a group of these, or praising an entity, but rather responding to a common, public, inevitable, unavoidable need! This need may contradict the beginning of the previous paragraph, if any of these factors are, as I said, necessary, common, inevitable and unavoidable. All individuals in a community can’t squeeze the same juice from the same work. It is impossible for it to please everyone. But there is a possibility, within these impossibilities, for the same work to work in a common and essential sense.

A round figure sculpture that honours an individual from the 18th century, who undoubtedly deserved this praise in that period, today seen as the target of attack and vandalism, demonstrates an oscillation, in the values of the communities, and their interpretations, something that should be tried to predict at the moment to intervene publicly, as hard as that can be. This will be an essential study of public truth. The democratic assessment of what is necessary, common, inevitable and urgent.

Public truth can be submerged in the community and come to the fore only through the advent of individuality. Evolution often appears masquerading as a hoax, especially when it appears isolated in one mind. How many were those who, ahead of their time, nailed the nails of a new social mystique, and after the years have become the parents of these advents?

The social impact of public intervention can extend over time like waves in an ocean, it can create authentic tsunamis that bring new life to communities. These can be so involved in the technical and conceptual productions that they end up being made by themselves, or on the other hand, be like a grain of sand that making an aerial crossing, deposits itself in the middle of the same ocean without anything resulting from it.

When we dive into the sculptural ensemble of a city like Braga, we find corners of the city that are completely unknown to the general population. There are bronzes with orifices that hide everything, dedications left by the authors, tributes that have seen reasons for teasing and those that have not, or are abandoned or a tree tries to hide them. Bronze will have a certain resistance to time, but the idea, that resists more, vanishes in the community that dies and gives way to the community that comes with the same type of manifestations.

The public space is a cycle of interventions by the communities that pass through it, always incomplete, always changing. The degree of satisfaction of a community shows itself well in public interventions. I don’t know if it will be correct to say that a society that always wants more works, always more things to happen is a society that is more restless or less satisfied. This is about assertiveness. Sometimes, a community can have access to less frantic culture and therefore ask more about their fish, recreate themselves more in their interventions, and therefore see their works with a greater degree of concern and proximity, and these might be more critically welcomed.

Note the power of public intervention: since the Covid-19 pandemic emerged, there was a large percentage of house windows that, seen from the street, had rainbows designed in all ways where you could read “Everything will be alright. ”, like a cry from the house itself, a message of hope that has spread.

Well, this is the last thing I want to tell you about communities and their relationship with public art. The hope that tomorrow will revisit the past is the great experience of public interventions. The hope that what today was to be praised will continue to be praised tomorrow, the hope that tomorrow the example will be here to build on top of it the example of the next day, the hope that the sound of the violin that we heard today at Rua do Souto will be heard tomorrow echoing on the same stones worn by the sound of cyclical communities, the same hope that the sidewalk of Chiado, spent by the feet and bodies of breakdance dancers will be spent by the dancers of the new dances that will appear. That this stage, or support that is the street, is not won, cannot be conquered, but gives the freedom to win life and hope, to win a memory that is that of communities. The hope that tomorrow Teresa, will continue to run in the same direction, and that the third arch of Perpetual Motion will be completed on the hill of the city and will give way to a hypothetical fourth and ideal!