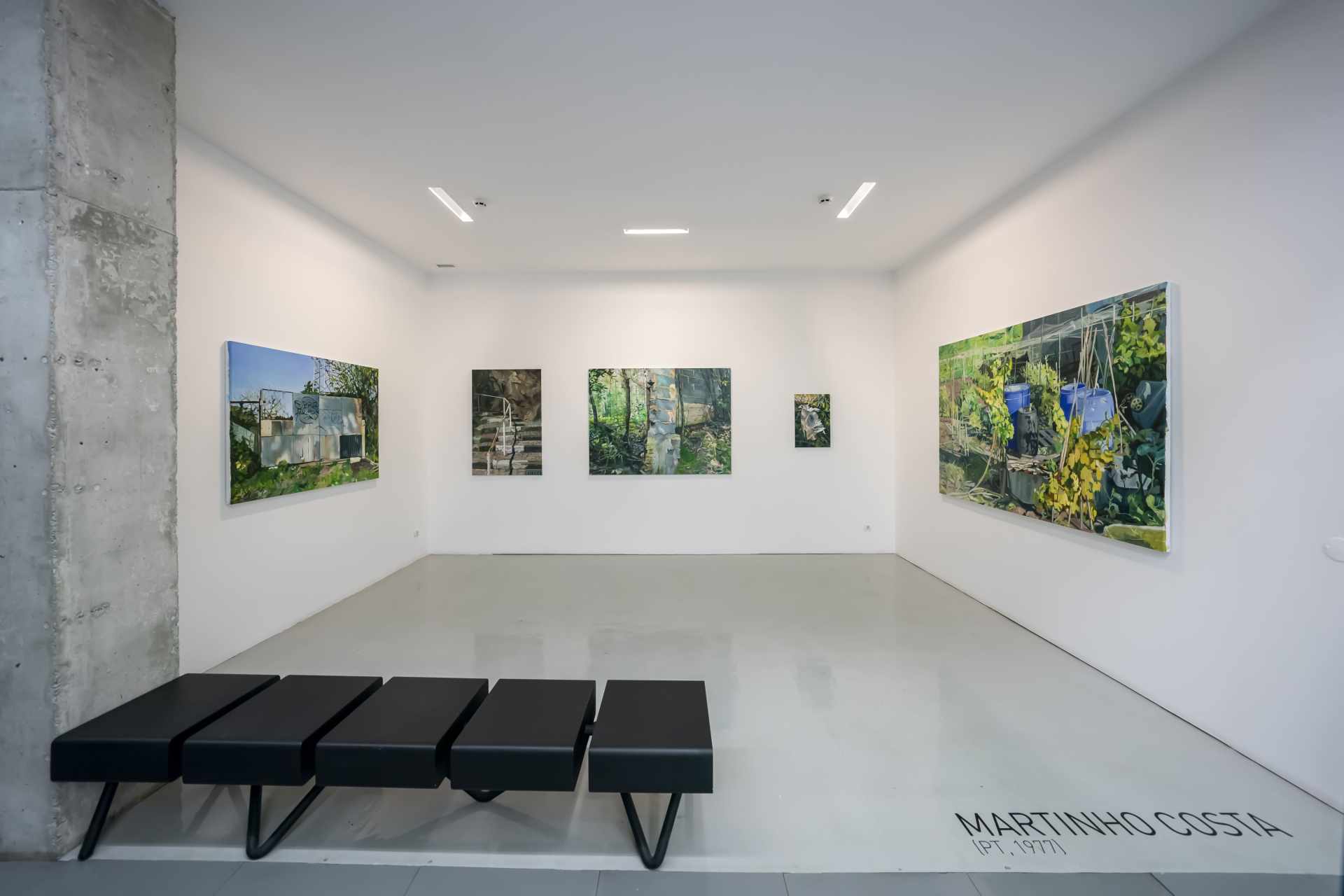 On the day they were going to kill him, Santiago Nasar got up at half-past five in the morning to wait for the boat in which the bishop was arriving. 1

These days, while revisiting Gabriel García Márquez (1927-2014), I opened on the first page of Chronicle of a Death Foretold, a book that the Colombian writer published in 1981, in which he tells the story, through a journalistic reconstruction, of the murder of Santiago Nasar by the two Vicario brothers. When recovering the story, at the very moment when Martinho Costa’s painting was invading my routine, the omen of the character reminded me of the analogy of the death of painting, an artistic expression whose end has been (and is) announced so many times. When Martinho Costa creates, when he gives form to the spaces and times of his contemplation and experience, it is as if he woke up early, at dawn, in absolute resilience, not allowing the always announced death of painting.

It is interesting, however, to recover some moments in the History of Art in which this announcement was made, also understanding its congenital failure. Hegel (1770-1831) stated, in his courses on aesthetics and at a time when modernism was being born and a kind of mourning for Classical Antiquity was taking place, that “art is and will remain for us, concerning its highest destiny, a thing of the past”. The painter Paul Delaroche (1797-1856), on the subject of the invention of photography, stated, at the famous Salon of the Société des artistes français et Société nationale des beaux-arts, organised by Charles-Pierre Baudelaire (1821-1867), that “From today, painting is dead!”.

Later, Malevitch (1879-1935) said that painting and the painter were a thing of the past. Mondrian (1872-1944) argued that “painting, having determined its essence, prepared its end”. In the same vein, the Russian Alexander Rodchenko (1891-1956) believed he had predicted the death of painting: “I took painting to its logical end and showed three paintings: a Red, a Blue and a Yellow. Everything is finished. These are the main colours”. The phrase was uttered, in 1921, in the context of an exhibition in which he presented his three monochrome canvases.

We could also refer to the processes of dematerialisation and desacralisation of the artistic object that has marked artistic production since the vanguards of the 1960s/70s, as we could recall Pop Art and other moments in which painting was the dominant expression. As stated by Nietzsche (1844-1900), art history evolves according to cycles. And the cycles always succeed each other. And it is because of this, but above all, because artists like Martinho Costa continue to persist and have the ability to reinvent painting that it will always be perennial, eternal and, therefore, present.

In this sense, despite the imminently multimedia, experimental, and investigative nature of the space that marks the exhibition A COUPLE OF STRUCTURING AND LIQUID THINGS, the set of works that Martinho Costa presents are symptomatic of liquid post-modernity, in a landscape of intersection between nature and human action. His vibrant colours, in a highly expressionist mimetic action, the artist summons up small places of observation of daily life where Man punctuates suburbanization with existence, the eternal, profoundly Portuguese intersection between the time and space of the city with the desire to get away from chaos.

Martinho Costa’s work is, I would say, much more than just representation: it lies in a kind of “interstitial space”, identified by “Alfredo Jaar (b.1956) (corroborated by Garcia Canclini) and by Shahzira Sikander to frame artworks that lie between/at the threshold of cultures. These works question/add, through Painting, a new perspective on Western Art History, with authors identified with cultures previously excluded from the Western artistic tradition.” 2

Martinho Costa’s painting is thus a non-place and a commonplace of liquid, hybrid post-modernity, at the same time that it raises aesthetics to the level of a star storm.

Find out more about the artist and his work at https://zet.gallery/artist/martinho-costa-40891.