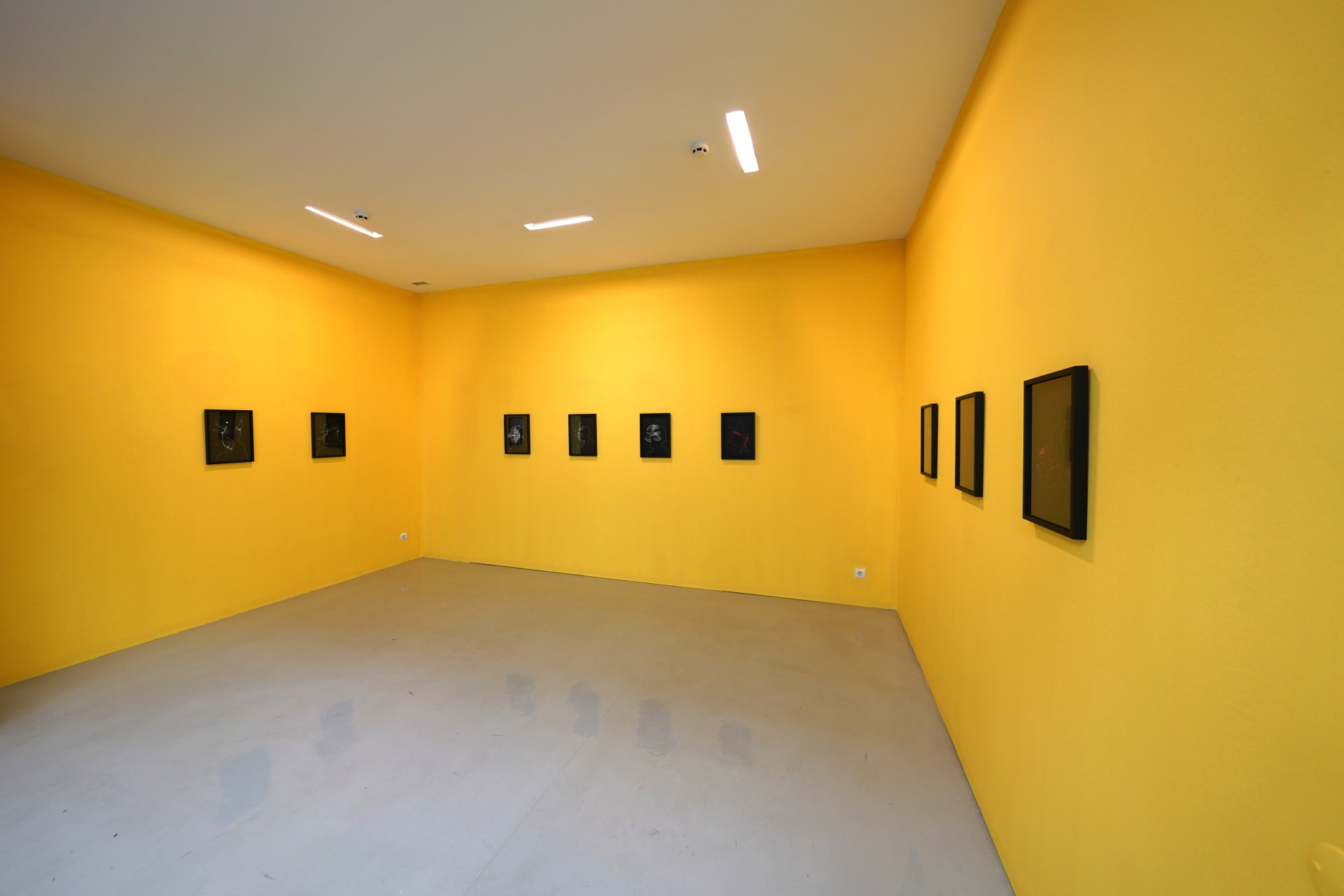 The grace of metaphysics

Today, it is with profound wonder that I witness Juan Domingues’ giant vision from my novel. The same inexplicable capacity, the poeticism of the line, the emotiveness in the looks, Juan Domingues’ figures are all proof of humidity, there is almost a sweat in their skins so present, intense, made of what convinces us that they are real people. It’s pretty amazing how he does it. I see the height of the great masters of yesteryear, the timeless options, the rigour of forms, the fearless sincerity in human representation. My book is more than magnified by the opportunity to become visual, it is alive. It has come out of the word and is closer to the physical, to that longing, as I was saying at the beginning, of being present, material, being forever.

There is something calligraphic about the way Juan Domingues approaches the image. Drawing is a very assumed structure, we see it and sense it in the bones of all the pieces and this is an immediate relative of the same gesture that seeks the letter, the word. The mastery of drawing is the mastery of all forms as if it were the precise engineering perception of the world. It is much as one would wish the power of a sentence to reveal with all possible lucidity all that is hidden and to be, after all, an agent of the world. I feel we are searching for the same mystery.  Creating our poem but using the rigour available in our ideas. As if we armed ourselves with doubts to risk conquering even the slightest certainty. Even if only the certainty that it was all worthwhile.