Kumi Yamashita sculpts using light and shadow. He builds single or multiple objects and place them in relation to a single light source. The complete contemporary artwork is therefore comprised of both the material (the solid objects) and the immaterial (the light or shadow). 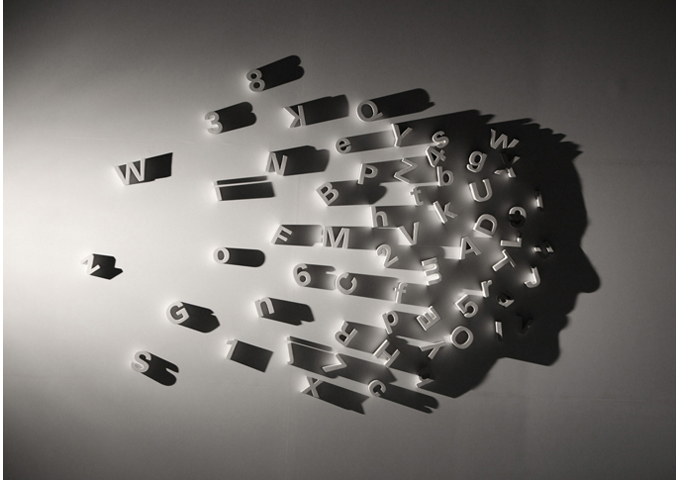 This project is inspired by two trips to a region of southern Brazil called Serra do Corvo Branco. The series is composed by nine book sculptures each of which have as a central feature a twosided work: the front and back covers painted, the inner pages carved. The books were part of a series of literature classics published in the ‘50s in Brazil. His work, in 3D as well as in painting, originates from the very idea that ultimate knowledge could very well be an erosion instead of an accumulation. To Laramee, contemporary artworks and art itself seems to have forgotten that there is an exterior to the intellect. What he wants to do is examine thinking, not only “what” we think, but “that” we think. 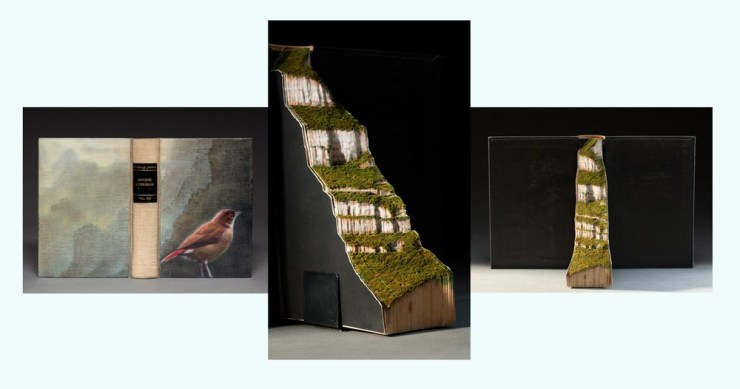 Japanese artist Riusuke Fukahori creates contemporary artworks that you would swear was actually alive! Fukahori paints three-dimensional goldfish using a complex process of poured resin. The fish are painted meticulously, layer by layer, the sandwiched slices revealing slightly more about each creature, similar to the function of a 3D printer. The title, ‘Goldfish Salvation,’ is a personal reference to a time of self-doubt in Fukahori’s own artistic career, and an important revelation that led him out of it. Goldfish have since become a symbol of identity that represent both the strength and weakness of himself and rest of humanity.

Swiss artist Felice Varini disrupts environments with his anamorphic art. His large geometric perspective paintings take up huge architectural spaces like sides of buildings, walls and streets challenging the viewer to find the exact spot to stand in order to see his works snap into place. The contemporary artist was  nominated for the 2000/2001Marcel Duchamp Prize. 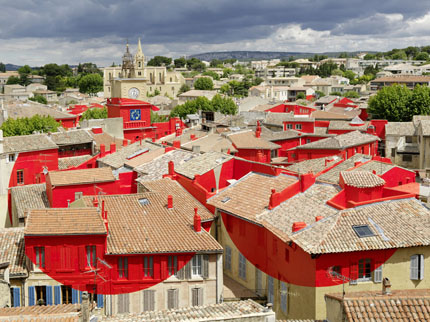 New York based artist Daniel Arsham straddles the line between art, architecture and performance, and he is an artist in an architect’s world. Although he majored in art, most of his friends are architects and his pieces show his love for form and structure. Arsham is a cutting-edge artist in and of himself who isn’t afraid to work in different dimensions. His 3D sculptures are particularly provocative contemporary artworks also because he uses unexpected materials, like shattered glass, or creates mysterious figures that appear wrapped underneath a wall’s surfasse . 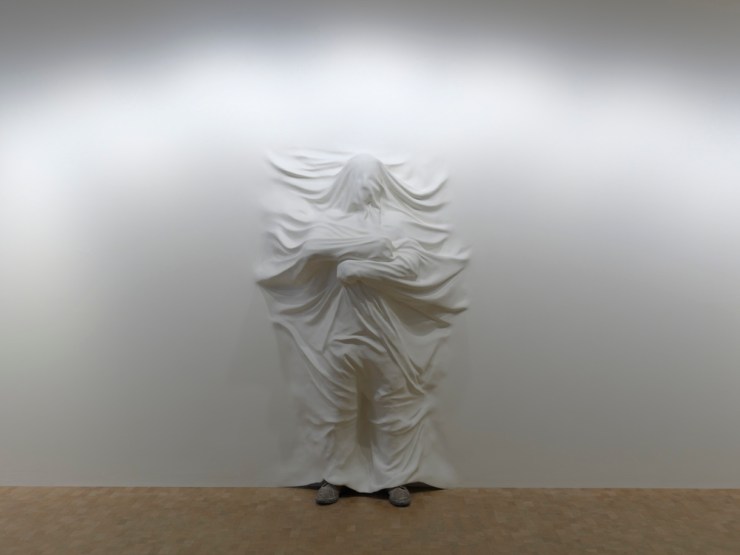 Bruce Munro is crazy about light. Though he’s skilled at creating sparkling chandeliers, it’s his immersive large-scale light-based installations, inspired largely by his interest in shared human experience, that set him apart from the rest. For the last 29 years, he’s been illuminating the world, overtaking gardens or creating fields that illuminate at night. 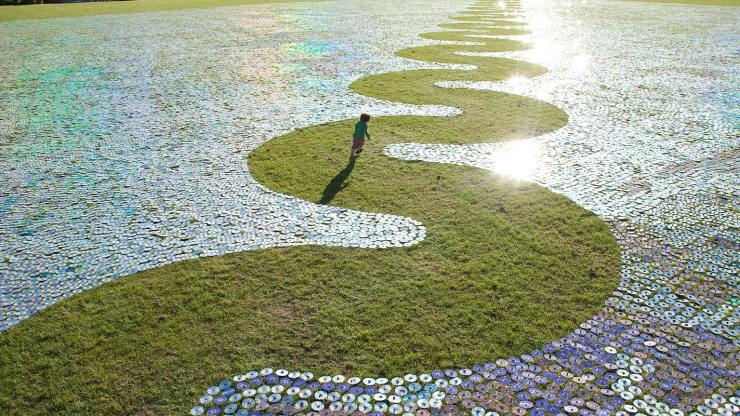 Haroshi is a sculptor from Tokyo, praised around the world for his striking and stylish sculptures made from used and broken skateboard decks, trucks and wheels. Working on his extraordinary pieces, Haroshi carefully selects skateboards, glues them together and then carves and polishes them into into various forms such as hearts, skulls, and body parts. Without using any additional paint or pigment, Haroshi allows the bright colors of graphics originally printed on decks to serve as his color palette. 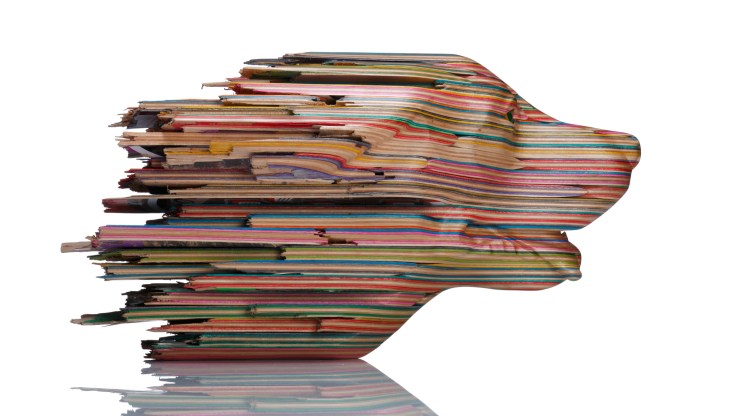 Yulia Brodskaya uses an old technique called quilling, modernizes it and and takes it to the next level. Using strips of paper, she rolls, shapes and then glues them to a background to create highly detailed designs. Her three dimensional works offer multiple views depending on the angle of perception and the intensity of light.This artwork is the first piece in the series of works which the artist considers a declaration of love to the material and the technique. It is also an attempt to raise a profile of this paper craft, which has been previously regarded with some disdain, and to bring this type of contemporary artwork on a new level in terms of its ability to convey meaning and emotions. 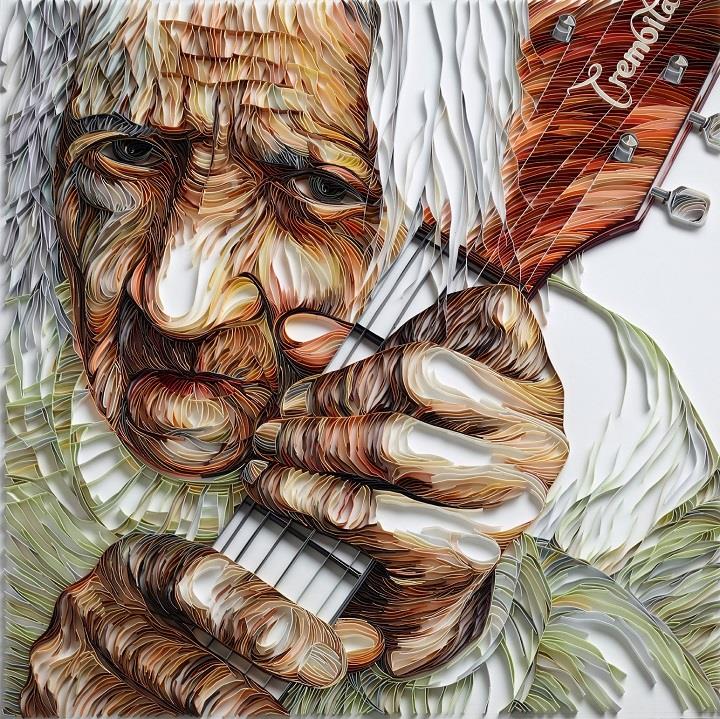 Considered one of the most important japanese artists of today’s scene, Yayoi Kusama, 86 years, was the most popular artist in 2014, according to The Art Newspaper. The popularity of Yayoi Kusama in 2014 is simple: ‘Infinite Obsession’ a retrospective exhibition of the Japanese artist, was the most visited in the world. Yayoi Kusama lives voluntarily in a psychiatric hospital. In her artworks, she represents her hallucination, and this is her way to show other the things that only she sees during a crises. 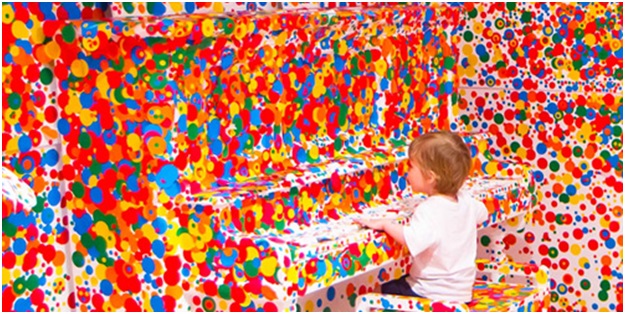 During the first Gulf War Ahmed Alsoudani fled to Syria before claiming asylum in America. Through his paintings and drawings he approaches the subject of war through aesthetics. Citing great artists of the past such as Goya and George Grosz whose work has become the lasting consciousness of the atrocities of the 19th and 20th centuries, Alsoudani’s inspiration comes directly from his own experiences as a child, as well as his concerns over contemporary global conflicts. 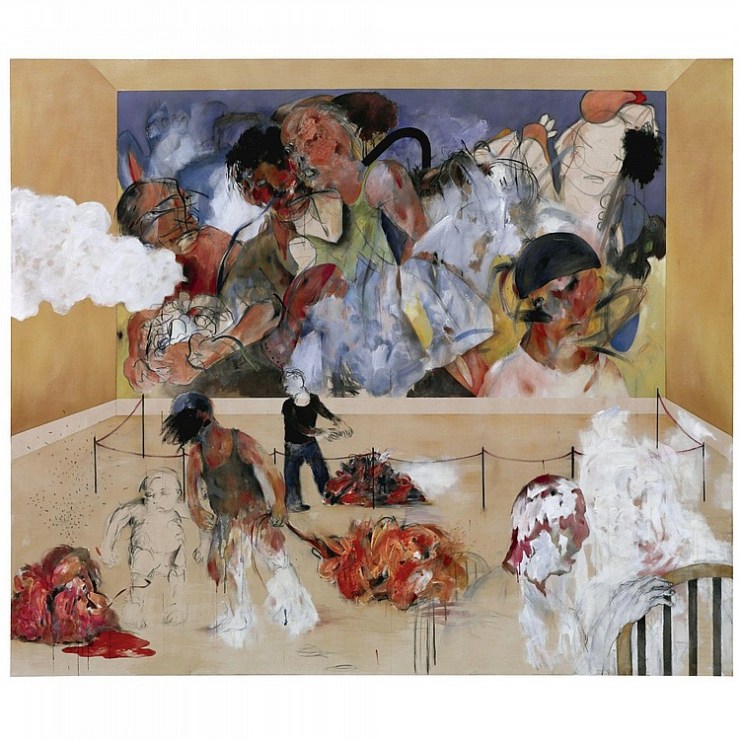